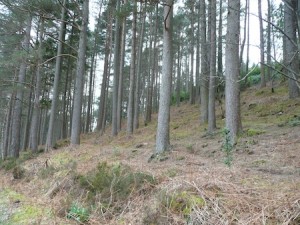 This will be post #2735 which I found hard to believe. I was playing around with the admin side one day and discovered how to go back to the beginning, so I have had many a happy half hour re-reading posts of long ago. I started to write towards the end of 2003 – the early offerings were little more than a paragraph or in some cases a sentence. More like a comment on life, a brief anecdote or even a tweet. The sorts of things we might put on facebook these days.

The early years cover a time of my life which was quite difficult for me, though it was clear I was pretty good at covering things up.  It could have been that I had a glass kind of half full attitude. In any case, I have found it salutary to reminisce over what I was thinking at a time when I was working and then  through a  period of illness leading eventually to retiring early at the age of 61. The posts remind me of how hard it was to come to terms with retirement.

There have been 4314 Comments to date and these have been retained along with the text of the entries. Unfortunately the photographs from the early days have become corrupted and lost. Of course nowadays, blog posts in general, have evolved into longer commentaries on life or even short essays on topics important to the writers, which brings me rather nicely to the point.

Over the last few weeks I have been absorbed with reading different views on equality, gender and Islam. I’ve tried to look at the whole question of Women in Islam from a neutral point of view, but have discovered that even academics tend to favour one polemic or another. I have to be honest here and say that I find myself pulled from one idea to another and end up none the wiser. As someone who woke up to inequality between the genders in the late 1950s it has taken me a while to include within this the whole range that is nowadays encompassed within the definition of gender.

At first I thought that Do Muslim Women need Saving? by Lila Abu-Lughod, an academic immigrant now based in the Netherlands, would be impartial, but she is so keen to prove that Western Governments should not interfere in Islamic countries that she has her own bias inbuilt. And The Caged Virgin, by Ayaan Hirsi Ali, is keen to promote the view that Islam urgently requires a Reformation now. This latter book has a recommendation by Salman Rushdie but I found myself struggling to maintain objectivity. As I am not in the market for a degree or research into Women’s Studies in Islam I just have to content myself with reading as much as I can, online and in newspapers.

During my historical reading of my blog I found a post in November 2005 at a time when the world was absorbed mainly by the Taliban. It seemed to encompass some of the thoughts stirred up in me by all this research. In particular, I still find the poem written by the victim, incredibly moving – so I am reprinting it here. I would be really interested to here any of your views, even if you simply cannot engage with the subject at all. (And thank you for reading this far.)

From Dark Flower: by Nadia Anjuman

I am caged in this corner, full of melancholy and sorrow,
Thinking that I was born for no purpose and must keep my lips sealed
I know that it is spring and a time to rejoice
But my wings are closed and I cannot fly

I dream of the day when I open my cage,
When I put my head out and sing a Ghazal with joy
I am not weak like a willow that shakes in a breeze
I am an Afghan woman and must wail.

This entry was posted in Blog, Poems and Prayers and tagged Equality, Gender, justice, Rights, spirituality, Women in Islam. Bookmark the permalink.