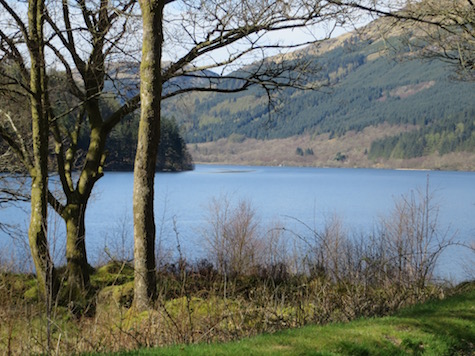 This has been a week for being out and about. Spring has come and almost gone all in the space of a few days.  After a lot of faffing about we decided on a change of car and that has resulted in several Days Out getting used to it. We have been able to put aside the loss of the campervan and enjoy the relative freedom to go on smaller roads.  The photo above is of Loch Eck and you can see that the leaves are not even on the trees yet. The last few days have seen a difference, so the canopy of green will come soon. I’ve heard a cuckoo, another woodpecker and seen sand martins, so all bodes well.

Right – that is you more or less up to date with what has been going on in Dalamory. I do hope things are good for you and yours. I would love some ideas and thoughts on sharing memoirs and stories of old, particularly if you have had a go at writing your own. 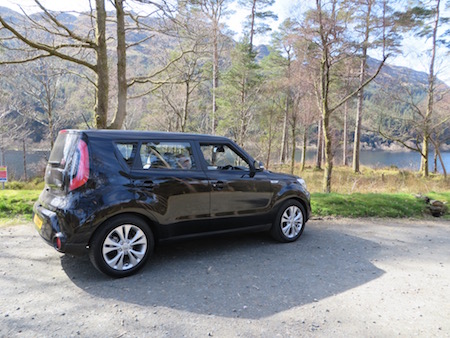 This entry was posted in Blog and tagged autobiography, Cars, Catching up, countryside, Days out, fun, Memoirs, writing. Bookmark the permalink.

6 Responses to Spring Catch Up