Aha! So the Birthday Month is over; and what has been the non-treat of the day? – Going to the dentist. This was only my fourth or fifth visit to this new dentist since the trusted and faithful practitioner retired.  At least my jaw did not shake, nor my knees; I even managed to admire the new super-reclining surgical chair. The good news was that I only have one small filling to be replaced – the old one had simply worn out.

Later in the day I discovered that Son #3 had trouble with his tumble-dryer. Much to my surprise we found an advert in the local magazine, made one phone call and 2hrs later the machine was repaired. And no, it wasn’t expensive by modern standards. Another advantage of living in rural Scotland, it seems.

The day was going from worse to better – what could happen next? 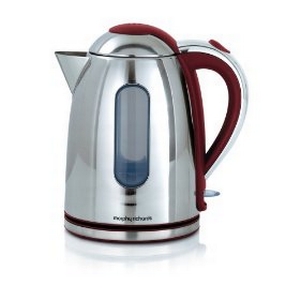 Here I have to go back several weeks to explain that HBTW likes to be able to see the level of the water in the electric kettle. The old kettle was looking rather dowdy and a bit dodgy, so Himself decided to search out a new one. He duly arrived home and unpacked the new one, whilst making noises of appreciation and satisfaction. (For sake of clarification, the noises were made by HBTW and not the said kettle. ) As the kettle came to its triumphant boil and switched itself off, the most horrendous whistling noise ensued causing everyone, including the dog, to take evasive action. You know the kind of thing: hands over the ears, paws wouldn’t reach so high-pitched barking was the dog’s response. Mine was hands over ears and various expletives – mild ones of course.

Over the weeks I have been heard to mutter – That kettle must die – and of course when we discovered that the whistle was not even coming from the kettle itself, but from the separate base……. well, I leave it to your imagination.

Today – joy of all joys – HBTW discovered that the whistle can be switched off. Peace is restored at Dalamory and many happy cups of tea and coffee will follow.