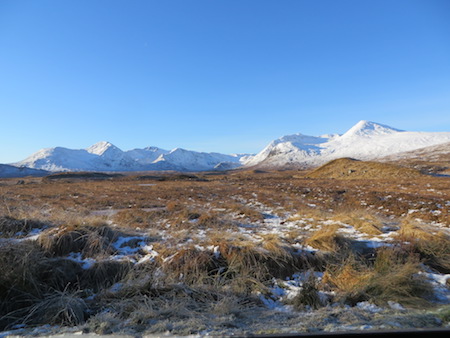 Who knows how to beat the confusion that is Brexit?  Perchance the same people who know how to understand that the United States of America now has Donald Trump as President Elect. My reasonable, liberal Sunday newspaper tells me in no uncertain terms that the only way to deal with opposing views is to understand as much as possible about the mess we seem to be in,  to listen to the person who disagrees with you and also to read a newspaper with the contrary view. As I am an Observer reader that means I should have a look at the Telegraph. The same commentator tells me that if excerpts from the Daily Mail drive me spare, then I should read that paper more often instead of running away with my hands in the air. That is the way of understanding, I hope. And trying hard to understand another’s point of view might help resolve the fog in my brain.

So . . . . . . dialogue and discourse and a reasonable attitude will help bring understanding and eventually solve all that ails me.

To be honest, I am not so sure. Yesterday’s remedy was to overdose on music videos from youtube. Today’s recipe for lifting the mood has been to browse Christmas cards online and put in an order. Never mind that I am later than usual, let’s just hope that they arrive in time for posting this year rather than next. Of course I am forgetting the panacea of crochet and the way it makes me think of my Granny.

The other thing that has been taxing my brain from the papers, is that google is getting things slightly wrong with more and more people and how they think. In other words, instead of simply guessing that my interests trend towards dogs and sick kids, the search engine now seeks to direct my mouse towards vaguely more sinister topics. Perhaps I am being a bit obtuse. Let’s see if I can make it easier. Google software engineers or programmers write an algorithm or set of instructions that has an inbuilt mechanism whereby it gives you more of what you like or want.  But now, google suggests topics that lead you into other, totally different areas to explore.

Good idea you might think?  But wait – apparently typing in a search for Are Jews . . . . . brings up a set of questions one of which is Are Jews evil . . . ? And of course if one clicks on that then a journey towards darkness is set in motion. Yikes, I have just tested google to see what comes up and the evil question comes top. It is as if someone has been reading this blog. Scary and spooky or what?

Of course the answer is neither. I hope. But just coincidence. Maybe some computer geeks could explain it to me, for now, it will be a case of steering clear of questionable hooks.

By now it should be clear that my brain has been exercised more than usual today. Please don’t think I am going down the route of knocking google, search engines, computers or the internet. The truth is that we live in amazing times. However, the actions and reactions that take place at the speed of one’s internet connection are enough to change the pace of human evolution. One minute we are looking at cute puppies on facebook and the next we are confronted with the horrific images of elephants slaughtered for their ivory. A President Elect on the other side of the world cannot sleep, so dashes off a tweet about Taiwan, say, and the response is an international incident. The prospects for change and growth are enormous; though equally there is much that can go wrong.

It has just occurred to me that I am turning into one of the newspaper contributors that started this blog post in its current direction. And so the whole world of information as a process directs the way that bloggers relate to the world and their readers. I fully expect people from all around the world to understand why I get upset about Brexit, Trump, Benefits Sanctions, Aleppo and Terrorism. We are the results of our interactions and long may I be able to read, understand and interpret what is happening. Of course, what I hope is to be able to become part of what makes things better. 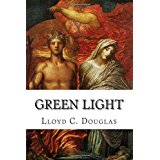 Years ago I read a book by Lloyd C Douglas, it was called The Green Light. It is still available, secondhand in Amazon – another giant of modern life. I wouldn’t go so far as to recommend it, though for old time’s sake I wouldn’t mind reading it again. As far as I recall, the premiss was that the human race moved forwards across the world, and that sometimes we get a red light and have to wait for poorer nations to catch up with those who have more. It is couched in religious and medical terms, the author was a doctor and Christian. The book was written in the 1930’s, a fact which is not unrelated to a comparison of the lead up to World War II with the right wing trend that appears to be sweeping Europe today.

If you have managed to stay with me this far, I would value your own thoughts on future events, as well as your own continuing methods for dealing with stress. The photo, by the by, is a week or so ago looking towards the Glencoe Range.