Sunset to soothe the soul 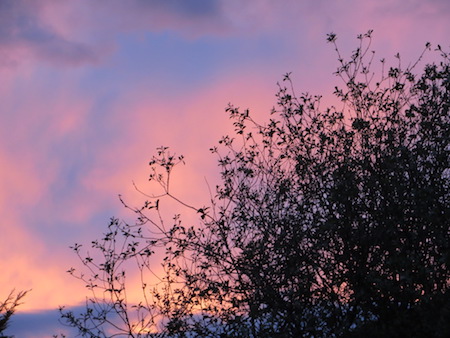 This sunset is an anonymous one – to be honest I can’t even remember where it was taken or when. My suspicion is that it is out of the front window at Dalamory and judging by the lack of leaves it might be winter. So why put it centre-place on my blog today? I have the feeling that a lot of people in Britain are feeling bewildered, confused and upset – as many as those who are triumphant, relieved and empowered. The papers and news media are wall to wall with analysis and downright mischief and unless I switch off from it soon, I shall end up ill. The sunset is an illustration that the world is still a beautiful place.

If that sounds a tad dramatic, then please excuse me. You see I have been very quiet on the blog front, in the main because I have been getting more and more disturbed at the tone of the campaign to leave the EU. It is such a momentous decision that I ended up thinking it would be better to write about it after the vote. Then, when the result was that we are to leave . . . . . . . . .  well to be honest I was absolutely gob-smacked. Excuse the language. But – it is a totally unexpected outcome, one which I never even thought likely. Of course, Scotland had an overwhelming result to remain part of the EU. But – the way that democracy works we are supposed to mutely accept that the great majority have voted otherwise and so shall it be.

Scotland being Scotland, things are not quite like that. First Minister, Nicola Sturgeon has already set in motion the permissive legislation that would make a second Referendum on Independence possible on the grounds that there has been a significant change in circumstances. I listen to all the arguments and counter-arguments and start to get all wound up . . . . . . .   and then pick up the crochet squares to make some more blankets for charity. I pray that bridges can be built and fences mended and that Scotland will be able soon to build the kind of society where everyone is valued and looked after, one where resources are shared more equally. If that sounds like a Utopia, I make no apologies.

8 Responses to Sunset to soothe the soul