The Essence of Retirement 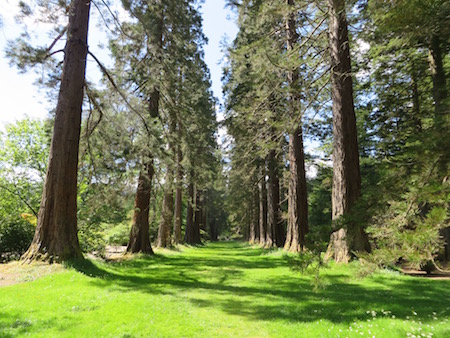 It is a truism that people often say, “I don’t know how I ever had time to work . . . . .”  The days slip by so pleasantly that I find myself thinking the same, however, this past week is a good example of how time can be expanded to achieve goals and objectives as well as treats and fun-time. My main concern right now has been to actually sit down at the computer and get writing. Perhaps I should say Writing with a capital W. I think it has been a surprise to those who know me, that the promised book has never appeared. Today I found myself explaining to someone how eleven years of retirement had passed me by with very little to show for it, other than the blog posts and a few facebook entries.

Retirement was thrust upon me due to ill health. I’ve told people that so often that it kind of trips off the tongue. But the point is, that now I am feeling better than many a long year. Ok I know that could be seen as tempting fate, but it is worth saying it again. I have space in my head to gather thoughts and form words and actually get serious with my trusty computer. And it is a lot more healthy than concentrating solely on newsprint and other media, especially with so much vitriol and nastiness to add to the awful fact of war, violence and crime. I know it is important to be well read, particularly with the decision we all have to make in the UK about Europe and the EU, but. . . . . . .. life is about good things as well as difficult and dark things. I know several people right now who are determined to make the best of really hard situations. The least I can do is to write the wretched book I have been promising for years.

Of course, I expected to write the grand novel, the one that everybody is supposed to have in them. But a bringing together of memories for those close to me, is every bit as good. As well as being easier. For instance I sat down today and two hours disappeared as I flew back in my mind to rationing and postwar London. And I realised I am grateful to have had the life I have had.

And today’s life is pretty good too. During this past week, HBTW Misty and I took advantage of the good weather and declared a Day Out. This pretty river is at the boundary of Benmore Botanical Gardens where we wandered, very happily like the three old codgers we are, for several hours.

The Redwoods at the top were planted in 1863 and are already 40 metres high, well on their way to becoming enormous guardians of the garden. There are over 300 species of rhododendrons, many azaleas and a huge variety of trees. But the restored Victorian Fernery was, for me, the icing on the cake. By the way I had an iced empire biscuit at the cafe and very good it was too – that and a pot of Earl Grey tea. 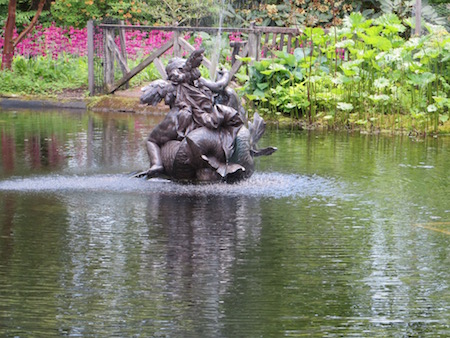 My point is, that life is a mixture of all sorts of things: good, bad, indifferent, hurtful, disappointing, joyful, wonderful and all sorts more. To take enjoyment in the day and to live it to the exclusion of everything else is a rare gift, one which is to be celebrated. I remember so well how difficult it was when my sons (4 of them, by the way,) were young. But the secret then was to do things that they could not help but enjoy. Things like, jumping down giant sand dunes, damming streams, collecting hens’ eggs, playing with puppies, all the sorts of things we used to do before computers and social media. I’m not saying technology is bad – but it is different. 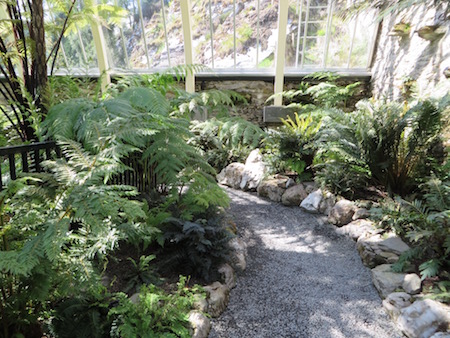 Back to Benmore Gardens – I had to struggle up some very steep and winding steps to actually get to the Fernery. And it meant braving a dark and forbidding looking entry which was the equivalent of being at forest-floor level beneath the high canopy of trees in the rain-forest. Himself and the dog had to wait outside, though HBTW had his own tour while I recovered in the sun with Herself. 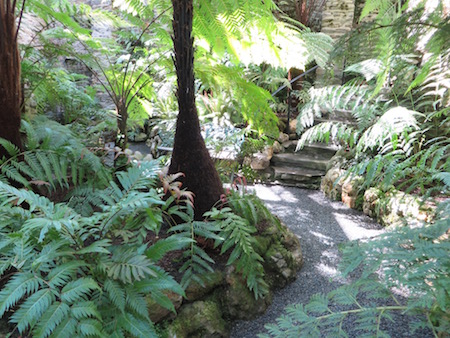 This week has been a lesson in how to make the most of life. I know I am in a fortunate place health-wise and that others are less able. I know that the weather has been incredible. And I know it is easy to be cheerful when the sun shines. The hope is that if and when a dark day comes along, we will have built up a reservoir of spare capacity. And more than anything, I hope we can share some of the good experiences with others.

What’s been good in your life this week?

14 Responses to The Essence of Retirement