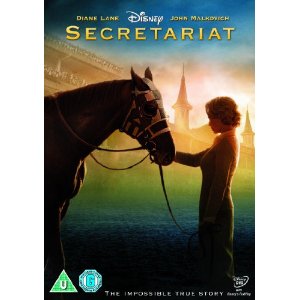 If you”re in need of some cheering up or even a good old dose of inspiration to keep going, then this is your film. I didn’t know the story of this horse so it was all a surprise to me. In fact, although I like horses, the world of horse-racing is pretty much an unknown. However, as the film came to an end I found myself in tears of joy. As I say, much needed these days.

The film has a lot to say about life in the late 1960’s and early 1970’s and does so in an effective and understated way. It’s quite a thought to realise how much the role of women has changed since then.

I can’t say too much without spoiling the story, though if you know about the horse, it will still give the same feel-good factor. I’ll give it 9 out of 10.