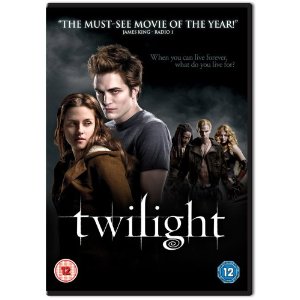 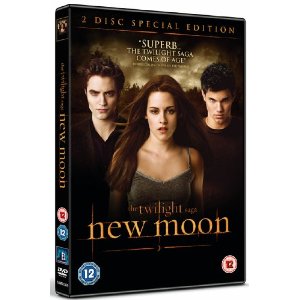 Just to be clear, I don’t do horror movies. I get too scared and end up hiding behind a paper, a chair, the dog or anything handy. At least I do usually. I take everything too literally with cinema and have never been very good at telling myself it is just a story and not real.

However, over the last couple of days and to combat the extreme cold and sheer exhaustion that

comes from coping with it, HBTW and I declared a pre-Christmas holiday. There was a double bill on Sky movies about teenagers and vampires. (Twilight and New Moon) HBTW managed to convince me that these were not real horror films – that they were intended for teens; so I was persuaded to have a go.

OK they were quite dark with moody film effects but the story gripped me so much that I voluntarily suggested it would be fun to watch the second instalment of the trilogy. Very good it was too. Believable and entertaining – not funny in any way, but with enough of a tale of romance to keep me entertained.  Mind you, I was furiously busy with doing some basic crochet at the same time. The crocheting got faster and faster as the plot thickened, so that stopped the blood pressure from rising too much.

I have now seen an extended trailer and interviews with the stars outlining the next episode – Twilight Saga, Eclipse. And maybe I will be brave enough to watch that too. So if you are a bit of a coward like me, you might just enjoy this introduction to the genre. There are good vampires and bad ones, good werewolves and bad ones…… and a compelling love story. The young stars bring energy and a growing maturity to the themes, so I suspect the third film will be a bit blacker.

Anyone else seen them?